Why You Should Check Out Minnesota’s Largest Candy Store

This stop will satisfy any sweet tooth.

Minnesota’s Largest Candy Store has such a wide variety of sweets and treats that it took my husband and I a good 2 hours to walk through the whole store. They have candy you remember eating as a child, candy from around the world, unique candy, “normal” candy, cookies, sauces, jams, chips, noodles, meats, variety of flavored pop, homemade pies, and puzzles everywhere.

For the art lovers out there they have murals on some of the ceilings. The mural in the dome part of the building even spins. Minnesota’s Largest Candy Store is truly magical and sure to bring out the kid in you.

Tip: Plan at least 2 hours so you can checkout the whole building and walk down the many rows of goodies. 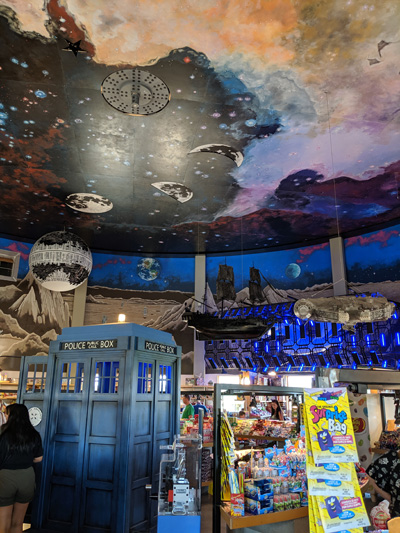 Minnesota’s Largest Candy Store is family operated and runs seasonally. It started out as an apple orchard called Jim’s Apple Farm when Jim got back from service in World War II. By the 1960’s, his crop was strong enough to support an apple stand. And with continued growth he was able to build two more apple stands. The third stand being where the Minnesota’s Largest Candy Store is today.
Then disaster struck. A couple hail storms in the mid-2000’s damaged his crops. There was too much damage to repair. Jim and his family knew they had to do something to survive.
They began coming up with different ideas to bring in alternative income because of the low yielding apples. Jim’s family began experimenting with cheese, milk, meat, and other goods but nothing was working.
It wasn’t until Jim’s daughter, Christine, had a grand idea of selling nostalgic American candies to give the apple stand an Old-Fashion feel. This idea worked so well that they were able to expand and offer candy from around the world.

How Much Does it Cost?

Make sure to bring cash or check with you as they do not take Credit or Debit Cards. They do have ATM’s on site, however, expect a charge if you use them.

I was a little surprised to see that the prices seemed to be higher then expected. But, a lot of their goodies are not easily found elsewhere. My husband and I opted to find treats that we wouldn’t be able to buy at the grocery store. Thus, making this a special trip of trying something new like bubble chocolate.

Minnesota’s Largest Candy Store is open Mid-May through the Sunday after Thanksgiving. Their hours are typically Monday through Friday 9am-7pm and Saturday through Sunday 8am-8pm. However, their hours can vary so make sure to check out their Facebook page for updates.

Tip: It’s busier on the weekends. So if you don’t enjoy crowds, I recommend going on a weekday.

How to Get There?

Minnesota’s Largest Candy Store is easy to get to, just off Highway 169. And with it’s bright yellow building, bright yellow fence and full parking lot this place is really hard to miss. 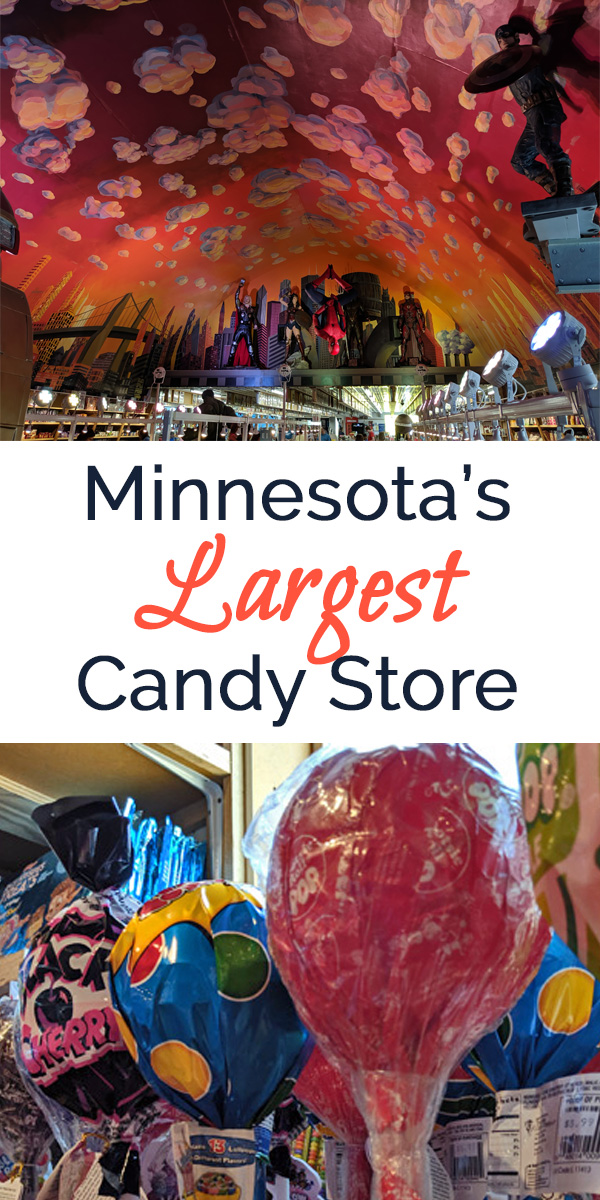 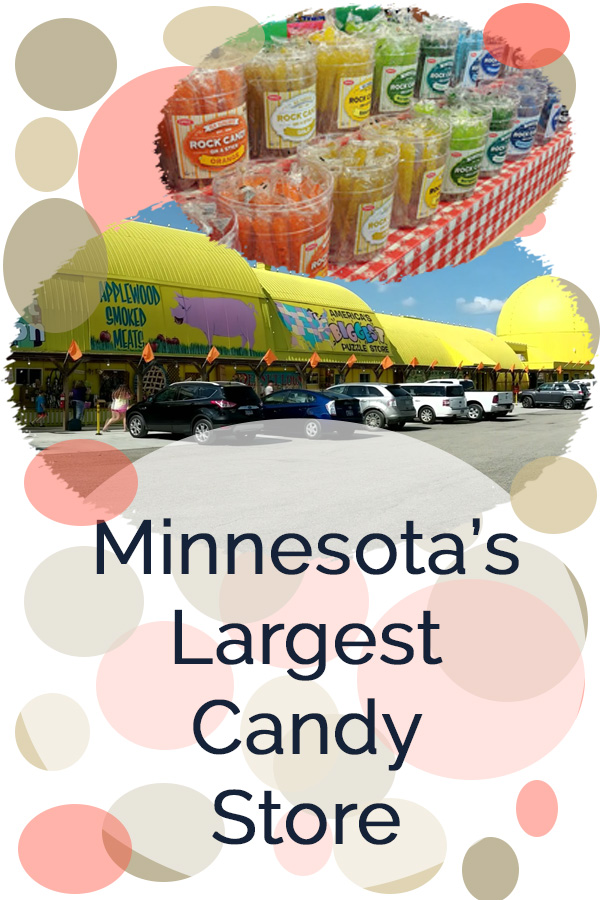 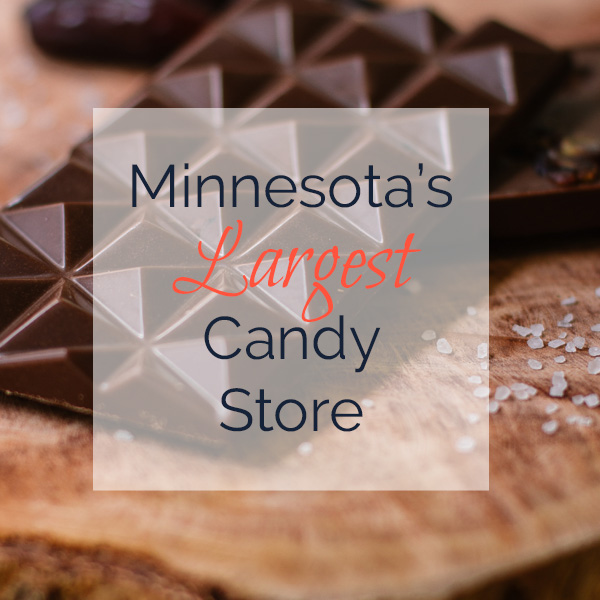