This post is the post I couldn’t wait to get to. Minnesota’s first vineyard and winery happens to be my favorite winery in Minnesota. Welcome to Alexis Bailly Vineyards!

Why is this so special to me?

It so happens that one of their wines inspired me with this blog! Which one?

It all started back in 1973 when David Bailly planted the first vineyard in Minnesota. It was tough and trying back then to grow grapes in Minnesota with the harsh winters. There wasn’t the cold hardy grapes back then as there is now. So David had to figure out what protective measures would be successful during those brutal winter months.

In 1978 after fighting with many years of winter months, Alexis Bailly Vineyards was successful and became the first winery to open a tasting room in Minnesota and offer wines made up of 100% Minnesota grown grapes.

At first they just produced table wines up until 1983 when they introduced the first dessert wine made fully of Minnesota grapes, fortified with 19% alcohol and 8% residual sugar. With this success they become wildly known for their dessert wines.

Today, the second generation of the Bailly family continues the tradition of making wines in the world’s most difficult climate. And might I add that Nan Bailly, winemaker, is doing a fantastic job!

Where did the name Alexis Bailly come from?

According to David Bailly, founder of Alexis Bailly:

The winery is named after Alexis Bailly, an early French fur
trader who came to Minnesota in the 1820’s and was run out
of the territory in 1834 for selling “high wine” (watered-down
whiskey) to the Indians. He later returned to the state and
founded the nearby village of Hastings, Minnesota.

Where did the motto “where the grapes can suffer” come from?

According to David Bailly, founder of Alexis Bailly:

The motto of the winery is “where the grapes can suffer” and is
taken from a quote by Baron Phillip Rothschild who criticized
California wines because the climate was too good. The Baron
maintained that great wine can only be made when the grapes
suffer from drought, storms, snow, cold, etc. 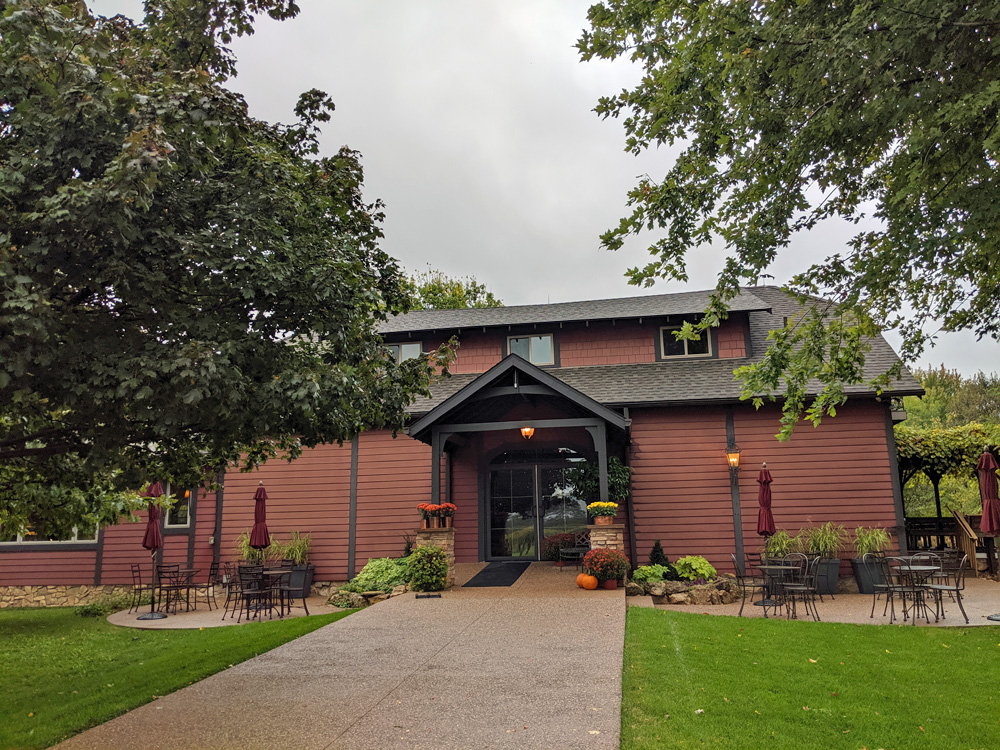 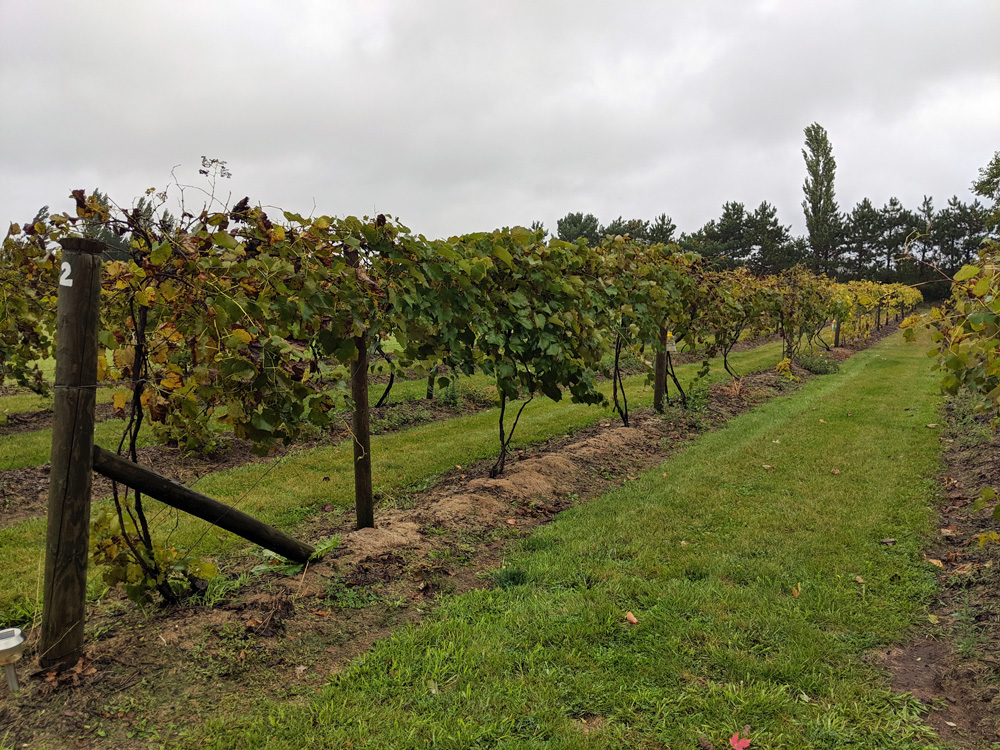 Enjoy a free tasting with a winery passport or join the Alexis Bailly Vineyard Wine Club for a complimentary tasting for you and up to three guests. 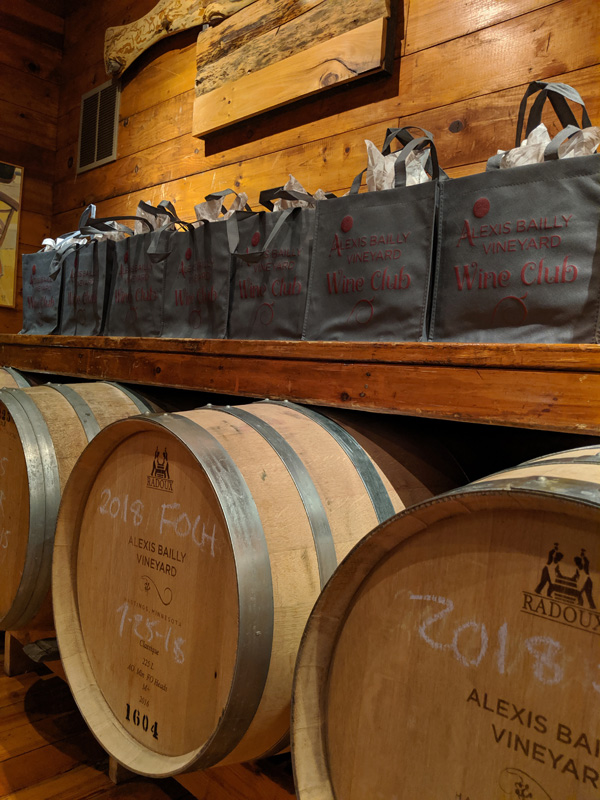 The wine club is free to join. However, you are encouraged to be a member for a full year once you join. But it is well worth it! We’ve been a club member for over 4 years now and I don’t see that ending anytime soon.

You receive 5 bottles of newly released wine and 1 bottle of port in both the spring and fall selections. An email is sent out before the selections are released with the price of the selection. Typically they range between $90 to $140. Which comes out to $15 to $24 per bottle. These prices are pretty typical prices for bottles of wine in Minnesota. Each bottle included in the selections are created only for wine club members. Which means it is not available for purchase to the public. Extra Bonus! 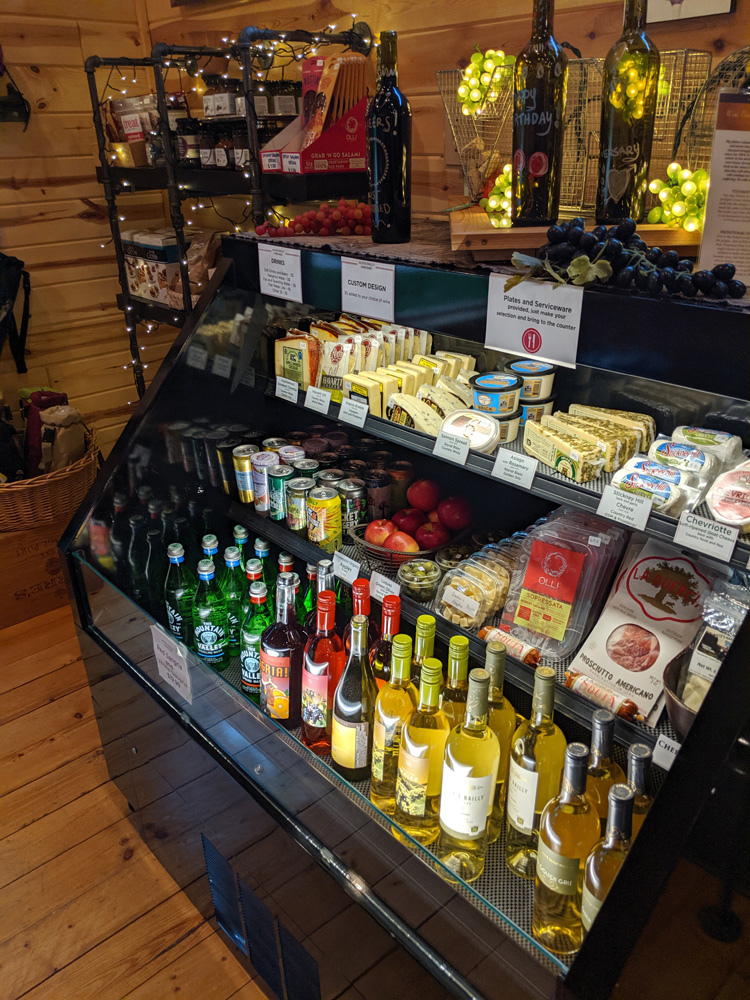 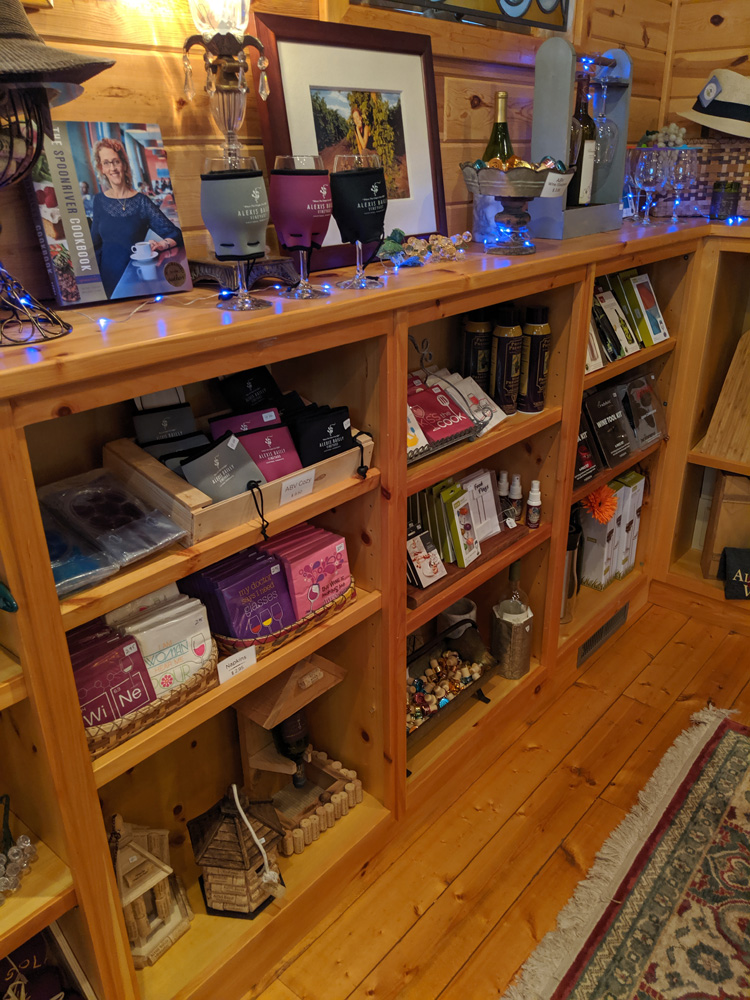 Although Alexis Bailly was the first vineyard and commercial selling winery in Minnesota, they were most known for their dessert wines. And I have to agree because that is what caught my eye on my first visit.

The first one I enjoyed that is available without a wine membership is Ratafia. Wine maker, Nan Bailly, learned to make Ratafia in France as it is commonly found in the Spain, France, and Italy region. According to Alexis Bailly’s website:

Ratafia is a fortified red wine made with the addition of oranges and other herbs and spices to make a unique style of wine used both as an aperitif and as a dessert wine.

And if you haven’t guessed it yet…

Zazafia is a spin off of Ratafia. I used it as inspiration for the name of my blog because Alexis Bailly is one of my favorite wineries in Minnesota, it is the only wine club that I am a part of, and it helped me expand my tastes for wine (from sweet wines to dry wines).

Another favorite dessert wine of Alexis Bailly is their Chocolate Reserve. I mean who doesn’t like chocolate?!? According to Alexis Bailly’s website:

Our Chocolate Reserve takes our Port wine one step further by adding natural chocolate essence to a special blend of our Hastings Reserve creating a sexy, romantic dessert wine that captures the delicious alluring flavors of both the grape and that most intoxicating flavor of all, chocolate. 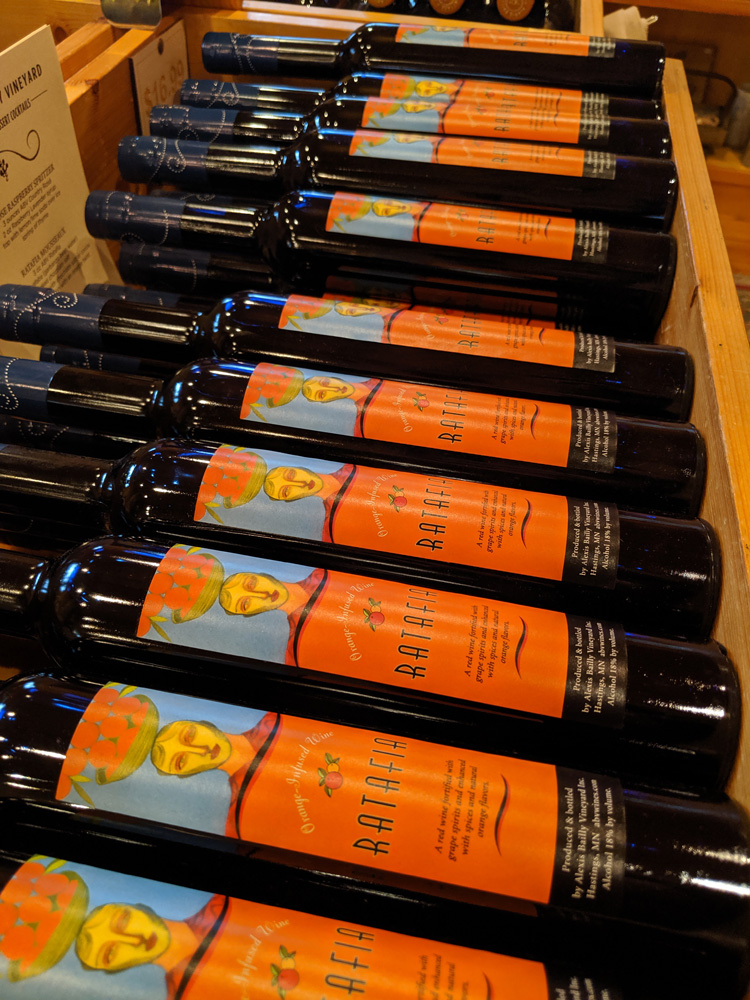 How To Get There?

As a wine member of this vineyard for over 4 years we have been here multiple times. It is easy to find and is about 30 minutes southeast of the twin cities.

Get an Ultimate Minnesota Wineries Map for Free 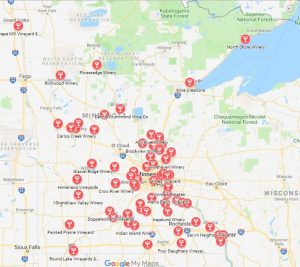